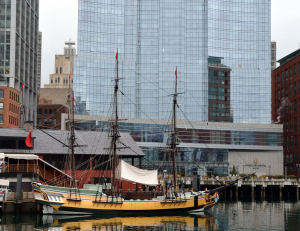 Each year I write what will be coming for the upcoming year. Everyone does that. So here are the things that aren’t changing, and the implications of not changing. The list is based around two ideas: First. to paraphrase David Armano at Edelman Digital, attention is the emerging currency of social media.  Second, we love our toys of technology and when we get engaged with relevant, engaging  content, those toys become productivity tools.

1. People are people. Treat them as individuals who perfer to get information in different ways and value their time and business. If not, they will go somewhere else. Thanks to social media, they have a voice – and an audience to tell others. They won’t be leaving alone. If you’re clever, you can catch a few on the rebound.

2. People are mobile.  A mere 40% of web sessions are start on a desktop computer now. Tablets and mobile devices have been outselling computers since late 2010 [source]. If you haven’t created a real mobile solution, hope your competitors haven’t either. And for the record, hope is a less-than-optimal business strategy.

3. Wearables are coming. Interactive clothing, watches are coming. Augmented reality (AR) glasses that connect us with real-time information like Google Glass, ICIS from LaForge Optical, GlassUp, the holographic MetaPro and others will be moving from early adopters to critical mass within the next few years. There is no stopping the instant connection to real information that we are on the verge of seeing. In fact, expect many of those selection menus to melt away over the next five years or so.

4. Game dynamics, or gamification will finally have its time within the next few years. The novelty is wearing off and there is an understanding that attention is enhanced with relevant and emotional engagement. And we’re suckers for an easily understandable rewards system that draws us in. Think Tetris.

Expect HR and training departments use game dynamics to build employee loyalty and companies to build ongoing customer engagement. Wouldn’t you like customer support to be more of game than a task? It’s coming, but may be wrong before we get it. Today, secret shoppers are being “paid to shop” in their “undercover missions” with Mobee, there are numerous health apps leveraging gamification and even Al Gore gamified climate change.

5. 3D Printing will become more useful at home, and within seven years, create parts we used to have to order. More coming on this in a few weeks.

6. No Hope for Infographics. Just because it’s pretty doesn’t mean it is right. 7 out of 10 infographics have bad data, bad science or both.  Yes, I’m sorry to say I see this will continue.   Look for the data or attribution on anything that professes to be a statistic. For example, I made up the 7 of of 10 number, but I am sure I will be quoted somewhere anyway.