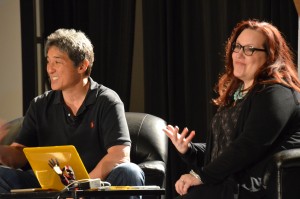 This post originally appeared on The Pitney Bowes Corporate Blog.

The South by Southwest (SXSW) interactive conference in Austin, Texas is where the creative techs from virtually every industry come to share and learn what they are doing, and what will become mainstream in the years ahead. This year, core topics included storytelling, the next platform that could rival mobile phone adoption, location, drones, robots, new apps, 3D printing and the emerging economy making this possible.

Here are some of the key takeaways for this SXSW:

The Collaborative Economy, a rapidly emerging model where people are getting what they need from other people rather than companies. It may sound scary, but you are aware of the signs: “People are staying at Airbnb instead of hotels. People are sharing their cars instead of buying [new] … and they’re all powered by technology that’s in our pocket,” according to Jeremiah Owyang, founder of Crowd Companies. Collaborative economy companies have a total of $11.6 billion in funding over the past five years, according to Owyang. Large companies are finding market adjacencies and partnering with new commerce companies while smaller companies are taking advantage of the emerging global opportunities using new ecommerce and distribution methods.

Augmented Reality and Virtual Reality. Augmented Reality, or AR, places a layer of information over what you are viewing, often on a mobile device. Virtual Reality (VR) is more immersive where you can explore and be part of the action. I got to see what it was like walking on and exploring Mars thanks to NASA. (It was pretty amazing). NBC Universal and Samsung demoed what a VR experience would be like being at the Saturday Night Live anniversary show: If you were sitting on Camera 1. The general opinion is that the known investments and big brand adoption should power AR and VR gear to start going mainstream within the next five years. In time, this may forever change the user experience for everything from school field trips, shopping, support, book companion sites, museums, games and even watching sporting events.

Meerkat streams live. Not since Twitter launched some nine years ago at SXSW has an app caught on so quickly. Meerkat is a live video streaming app that allows you to use your mobile device to share what you are seeing now. When you start streaming, the link is shared to your Twitter stream for others to watch. The video is public, and can be saved locally, but not rebroadcast. This was great timing: We were at SXSW, where some the world’s best speakers make for very shareable content. Branding opportunities in live events could be significant. If Meerkat can maintain interesting content and grow community engagement, they will have a winner.

Location and Beacons. Location intelligence is at the base of almost every theme at SXSW. The benefit of location is matching a consumer to what they are interested in at that moment. Increasing use of low-powered Bluetooth devices called beacons is enabling a new level of shopping. Customers who opt in can receive mobile notifications with personal offers while they are walking down a specific aisle in a store. It’s that precise. Clothing, home goods and electronics retailers are among the large number of companies testing these now. Aided by the lower cost of RFID chips that can be attached to a product, an array of features from better inventory control to walking past a “check out station” to pay for groceries. And this is just the beginning. 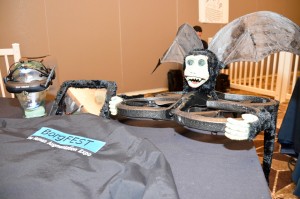 Wearables Are Growing Up. Sensors and communication devices embedded in jewelry, fashion, and clothing took a giant leap this year. Fitbit and Android watch wearables that track health metrics are giving way to gym clothing with embedded sensors that pair with mobile apps and smart watches. There are rings that hold your passwords and interact with apps (think Vanilla Sky-like monitors) and band-aids with sensors that perform medical tests. Imagination is the only limit here and I won’t even discuss the 3D printed fashion with sensors or the wearable drones: the fashion accessory that takes group selfies. The next few years will show growing adoption as prices fall and functionality increases. Thanks, in part to Apple, these should be huge for IoS and Android users alike by the holidays.

Robotics. In the first major showing of robotics at SXSW, the SXSW Robot Petting Zoo had an array of flying drone and crawling devices, most with cameras, various sensors and a real track record of disaster rescue work. The mind-controlled flying money drone captured the imagination of many, if for no other reason than you learn to fly the drone by thought. It uses an EEG-like controller that you wear on your head to control the rescue device. Fortunately, the monkey part is removed for rescue work. Robotics will clearly have a larger impact than just this, but this is a strong start. 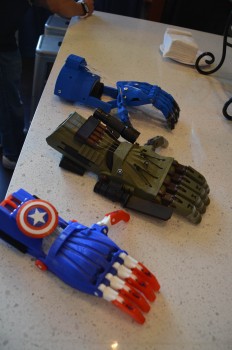 3D Printing Continues to Grow. It has now become a given that the ability to print what you need, when you need it will be commonplace. Most impressive is communities like e-NABLE, which is not a company. Rater it’s a global network of volunteers who are using their 3D printers, design skills, and personal time to create free 3D printed prosthetic hands for those in need. Evolution in using multiple printing materials, now liquids and even foods is accelerating daily and remains an important space to watch.

What doesn’t change is simple: Nothing happens until people like us decide to adopt it and the benefits outweigh other factors. This is where the early adopters are gravitating. Their SXSW track record makes it worth a very careful look.